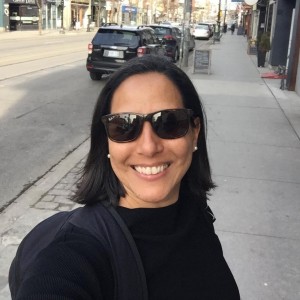 The views from the ridges in Blue Hill were bathed in beautiful morning sunshine, our world, a ball, reinforced by the perfect meeting of sky and sea on the horizon. The yellow gorse bushes suggested a ‘mirage’ of proximity to the shore, distracting the party of walkers from the terrain that we would have to grapple with in order to get a ‘front row seat’.

White caps along the shoreline at least hinted to the watery wilderness of this bay.

Wherever thick pasture lands give way to rolling arid hillsides, the blue ocean and large chunks of distinct rock (Speery Island) projecting out of the sea makes for a wonderful photo opportunity of the natural beauty of St Helena.

The farmland ruins add to the suggestion that the island is indeed a ‘little England’. I could be in any small English market town surrounded by agricultural vestige, all that’s missing are the Iron-Age dry stone walls.

One understands that with any descent, in most cases, there will be an uphill. As we started to decant onto the pathway, we immediately knew the walk up in the baking sun was going to be a challenge. “Ah well, live in the moment, leave the future where it belongs otherwise we expend much needed energy concerning ourselves and miss photo opportunities of the present”.

The terrain, once arid to the naked eye, on closer inspection, found the path lined a percentage way by African Olive trees with  beautiful silvery tree trunks and branches. (Excellent toilet break cover). Their roots exposed in places to indicate their habitation all encompassing.

Was it my eyes playing games? Or did the fir trees with the tiny blue ‘ball balls’ look decidedly healthier and vibrant in comparison to the trees I often saw along a road accessible daily by lots of traffic?

With the drying of the soil, in places (with trainers as opposed to proper walking boots) one or two of us took a little tumble. Where paths were without trees, we took care not to slide too far in the wrong direction. I don’t mind a few cuts and bruises but I take umbrage to tumbling down a cliff face, really I do.

At one juncture, in glancing back upon the hillsides, a fairly close comparison to the Heart Shaped Waterfall (without the waterfall) could be made. Merely a glance since I didn’t want a lengthy reminder of how far down we had trudged.

Whilst I am no geologist, the island looks ‘young’. I wonder about the explosion from the sea, the pouring lava, this uninhabited land which prevailed as a sanctuary for species to cohabit.

On every post-box walk thus far, walkers get replenished by the formations of the natural world, a reminder that we are not nearly in control and we should respect it. Conditions bear various ‘fruits’ for the camera lens, one can see that this side of the island is often wild, unpredictable and dry.

Like a dead man’s hand reaching to the sky, a lone cactus stands proudly on a hilltop. Another reminder of the arid conditions of this place.

A ‘rubber-ish’ thick black cable fastened to an iron bar which has been driven (how far God only knows) into the ground allows walkers to descend to the pool of water at the sea edge. In order to get to this cable, walkers have to very carefully walk along the cliff face after having crossed a small stream and I felt my feet tingling as I slipped and slid a bit on the dry earth. “It looks quite soft down there on the grass bed in the stream if someone falls” said a fellow walker. “Thanks, I’d much prefer not to”.

The shimmy down the cable was a bit more challenging than coming back. I wanted to go the whole way as I would never have forgiven myself for coming all that way only to stand on the cliff top. I really enjoy the cliff climbing element as I remember those frightfully boring little places in Vauxhall, London where they climb up those stud projections and then fall on to soft mats, all in the confines of a ‘sweat box’.

This is where we see the real unpredictability of Manati Bay. Whilst we posed for photos with the waves lashing against the various segments of rock, watching the little fish which had made this place their home, a huge wave tore over the side of the rock. With just enough time, I managed to grasp my floating bag and shoes (no technology in the bag thankfully).

The wave came out of nowhere and since the cluster of rocks beyond the pools which act like water breakers do their job, I could not see the ferocity or size of the wave until it had burst into view. This is no coastline to turn your back on. Nature is all powerful and there is no holding the tide back when it decides to come forth. I respect the elements with all my heart.

Further along to the left, Speery Island poked its head around the rest of the cliff face like a speckled beast, spying on its prey.

The trudge back up to the starting point was a real challenge for some of us. As the sun continued to blast us with its rays, ‘slowly’ made more sense. I nauseated about how long I had been out of the ‘loop’ with island heat vs. walks of this sort.‘Blue Dot’ walks denote the most challenging, whilst this may not have been the most challenging of the walks, it certainly went some way to preparing some of us for the grueling challenges of a ‘Blue Dot’.

At times during the ascent, I felt a little despondent, cramp took over a short burst away from the end and I was glad to know that my resilience in these conditions needed some work, so to prepare better for the future and get a descent pair of walking boots!

A one-day conference ‘From Discovery to Discovery’ brings St Helena