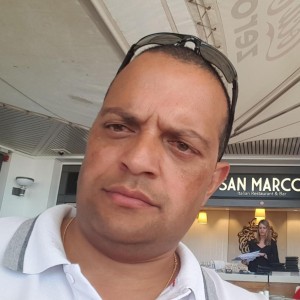 St Helena’s Commercial Fisherman’s Association (SHCFA) has decided that it is now time to launch an Island wide petition with the intention of overturning and terminating the current process involving PQ Trading (SHG’s preferred investor to process fish on St Helena) and to call for an open and transparent process that ensures the security of all local fishermen both now and into St Helena’s fishing future.

This statement was released from the Fishermen’s Association as a result of a press release from the St Helena Government stating that in no uncertain terms the much awaited yellowfin and bigeye tuna total allowable catch Limits (TAC’s) have now been set and they have been set for the preferred bidder’s proposed Co-Op.

The St Helena Fisherman’s Association is frustrated as it appears that the external investor will be handed the Island’s only fish processing factory to include a large sum of tax payer’s money (that was allocated from SHG’s consolidated fund) to refurbish the fish factory for their operations, and now they are being allocated seemingly the entire allocation of yellowfin and bigeye tuna quota.

The Association also drew attention to the fact that the catch limits table for St Helena’s fishery was presented to the Economic Development Committee (EDC) on Thursday, 09th July seeking approval.  Interestingly however, it was made very clear by the Chair of EDC  at the beginning of this meeting that the total allowable catch limits for yellowfin and bigeye tuna would not be discussed as approval for these species had been established during the Executive Council meeting two days before.   Three committee members of EDC disputed this position, as they felt they were being asked to approve the table in its entirety and therefore had difficulty accepting that species included, would not form part of their decision making process.  This discontent presented them with the opportunity to ask a number of questions of the two Government Officers presenting the documentation who were the Director for Environment Natural Resources and Planning Directorate and the  Marine Conservation Officer.

It was thought that some of the answers given were unsatisfactory and not well-founded, giving way for additional questions to be asked, which resulted  in EDC not being confident that the catch limits being presented was adequate or feasible.

The Association was appalled by the lack of proficiency shown and evidence presented at a time when decisions were being sought, which they believed to be totally unacceptable, especially when during the final stages of the meeting it was announced by the Chair of the Economic Development Committee that works towards finalising the Co-Op was in an “advance stage”.

As a result, following this meeting the SHCFA committee held a meeting with their members to provide them with an update on events unfolding, decisions that have recently been taken and an overview of the EDC meeting.  From this feedback it was unanimously decided that an island wide petition should be launched to call for the termination of the current process to take place which ensures that the security of every local fisherman both now and into the future.  The Association will also be asking that scientific advice designed to help achieve sustainability will actually be followed to ensure that the development of a ‘Brand St Helena’ is done so with integrity.

Who is PQ Trading ?

PQ trading is a long term investor and is planning to build a profitable and sustainable fishing industry for St Helena.